Huge Win for REEF SAFE Sunscreens and for the Pacific Ocean

In addition to protecting sea creatures, the Smithsonian said, the reefs provide food, medication and tourism jobs, among other things — at a value of $30 billion to $172 billion per year.

“Unfortunately, people also pose the greatest threat to coral reefs,” according to the Smithsonian. “Overfishing and destructive fishing, pollution, warming, changing ocean chemistry, and invasive species are all taking a huge toll. In some places, reefs have been entirely destroyed, and in many places reefs today are a pale shadow of what they once were.”

Environmental organizations argue that certain sunscreens — which research has shown can wash off from skin into the water while swimming or bathing — can be toxic to the coral reefs.

Oxybenzone and octinoxate cause mortality in developing coral; increase coral bleaching that indicates extreme stress, even at temperatures below 87.8 degrees Fahrenheit; and cause genetic damage to coral and other marine organisms. These chemicals have also been shown to degrade corals’ resiliency and ability to adjust to climate change factors and inhibit recruitment of new corals. Furthermore, oxybenzone and octinoxate appear to increase the probability of endocrine disruption.

“The legislature further finds that environmental contamination of oxybenzone and octinoxate persists in Hawaii’s coastal waters, as the contamination is constantly refreshed and renewed every day by swimmers and beachgoers,” according to the bill.

The Star-Advertiser reported that the law was opposed by ABC Stores, the Hawaii Medical Association, the Hawaii Food Industry Association, Chamber of Commerce Hawaii, the Personal Care Products Council and Bayer, which manufactures sunscreens by Coppertone.

Jay Sirois, director of regulatory affairs for an association that represents sunscreen manufacturers, recently told NPR: “We’re taking away a product, or products . . . that have been shown over the course of time to be safe and effective” against the harmful effects of the sun.

Bayer said in a statement in May that the company intends to comply with the legislation but that “eliminating the use of sunscreen ingredients considered to be safe and effective by the FDA with a long history of use not only restricts consumer choice, but is also at odds with skin cancer prevention efforts. What has been scientifically proven is that exposure to UV radiation from the sun causes skin cancer. And sunscreen is one of the most effective ways to protect yourself from UV exposure, in addition to wearing protective clothing, sunglasses and staying in the shade.”

Edgewell Personal Care, which manufactures Banana Boat and Hawaiian Tropic sunscreens, said at the time that some of its products are already available without oxybenzone and octinoxate.

“Some of our products contain FDA-approved amounts of oxybenzone and octinoxate, active ingredients that are designed to protect skin against the damaging effects of ultraviolet light and provide critical broad-spectrum protection from both UVA and UVB rays,” the company said. “The ingredients within our products are clearly listed in the active ingredients on the label so that consumers can make informed purchasing decisions. As always, we will continue to ensure we comply with all relevant regulations concerning oxybenzone and octinoxate.”

Johnson & Johnson, which owns Neutrogena, agreed with the position taken by its trade organization, the Consumer Healthcare Products Association. The association said “the health, safety and welfare of millions of Hawaii residents and tourists has been severely compromised” by SB 2571, which aims to ban “at least 70 percent of the sunscreens on the market today, based on weak science blaming sunscreens for damage to coral reefs.”

“Overwhelming scientific evidence shows that excess sun exposure without effective sunscreen increases the risk of developing skin cancer in both adults and children,” the association said in a statement in May. “Banning oxybenzone and octinoxate — key ingredients in effective sunscreens on the market — will drastically and unnecessarily reduce the selection of safe and effective sunscreen products available to residents and visitors. Oxybenzone and octinoxate, found in the majority of sunscreens, are safe and effective over-the-counter (OTC) active ingredients recognized by the Food and Drug Administration (FDA) as important aides in decreasing the risk of developing skin cancer, the most common cancer in the U.S.” ….. – The Washington Post

Guys! Guys! this is absolutely huge! Ige really pushed Hawai’i out in front as a leader here. Hopefully the rest of the 49 will follow suit. All rivers run to the Ocean, and we need to show it more love. What we put on our bodies eventually makes its way inside us. Unfortunately, all this really means is that there is going to be a substitute chemical for oxybenzone (much like our plastic bag ban (eyeroll)). Of course if it were Pukoa Organics decision, we would also add “no plastic containers” to the mix. But hey, we can dream! 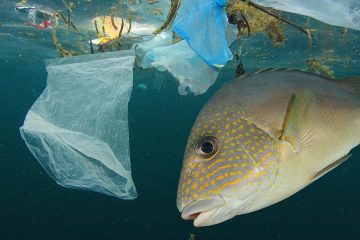 Many of the world’s marine fish spend the first days to weeks feeding and developing at the ocean surface. However, very little is known about the ocean processes that govern larval fish survivorship and hence Read more…

The film took more than three years to shoot and is the result of 500+ hours of underwater footage, coral bleaching submissions from volunteers in 30 countries, as well as support from more than 500 Read more…